Intensely scorching, fueled by the slamming, power precision drumming of Felix Lehrmann, grounded by the unerring pulse of bassist Thomas Stieger and sparked by the pyrotechnic soloing of vibraphonist/synth player Raphael Meinhart and guitar shredder Arto Mäkelä, the music of Marriage Material draws on a world of influences and strikes with the impact of a sledgehammer. Call it fusion, world music, modern jazz, neoclassical or even progressive rock, but the founders of Marriage Material prefer to call it ‘cinematic jazz.’ Indeed, the soundscapes they create on their self-titled debut conjure up an array of intriguing images while packing an imposing punch. Serious dates only! I am looking for somebody with a traditional grip. French grippers must wear gloves! If you know the difference between preamp and power amp saturation and the modelling is not an option, we are going to be a perfect match! About me: Good taste in jackets, ties and bowties... and glasses. Flats, rounds or even tape, you gotta love 'em all. 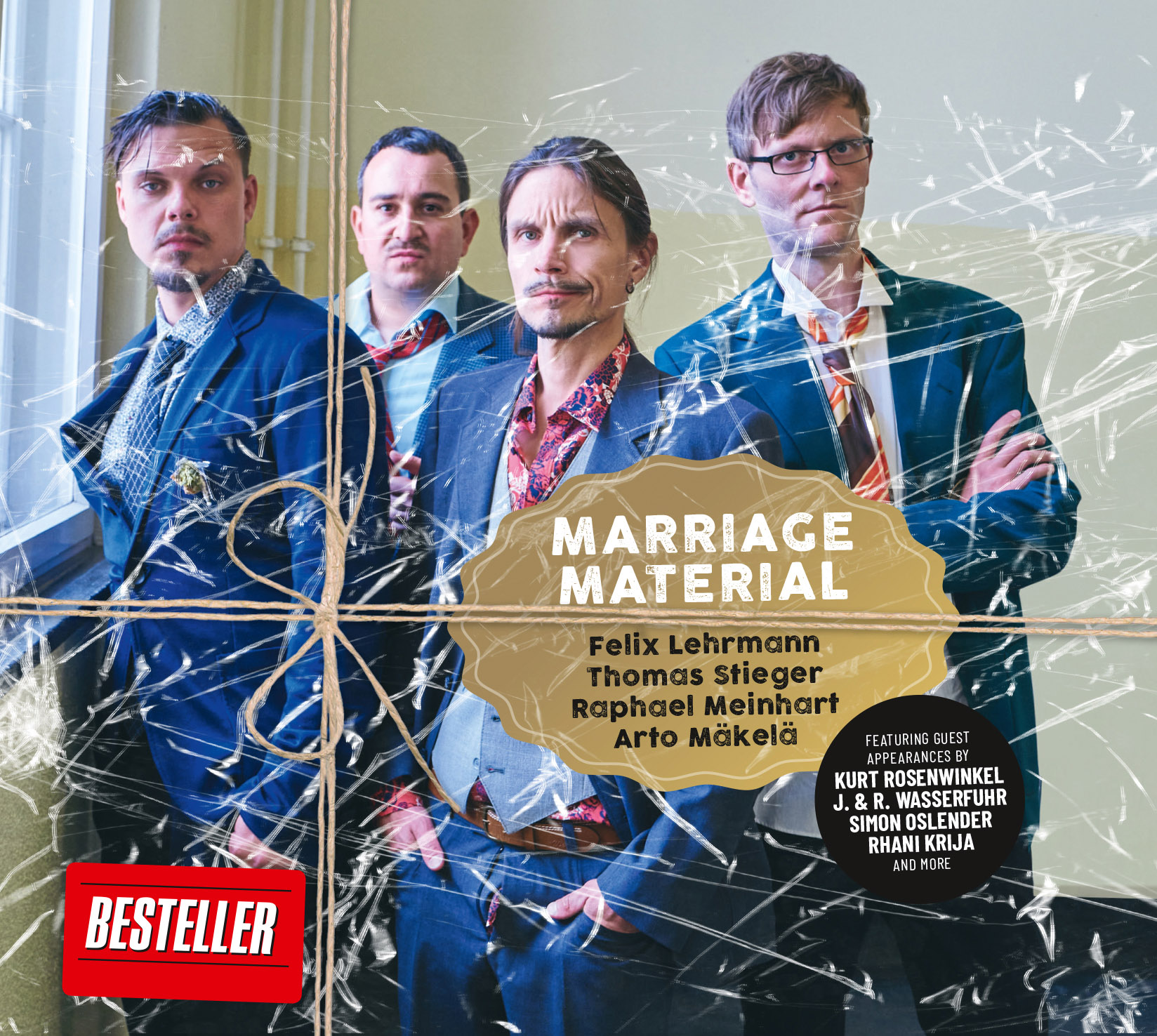 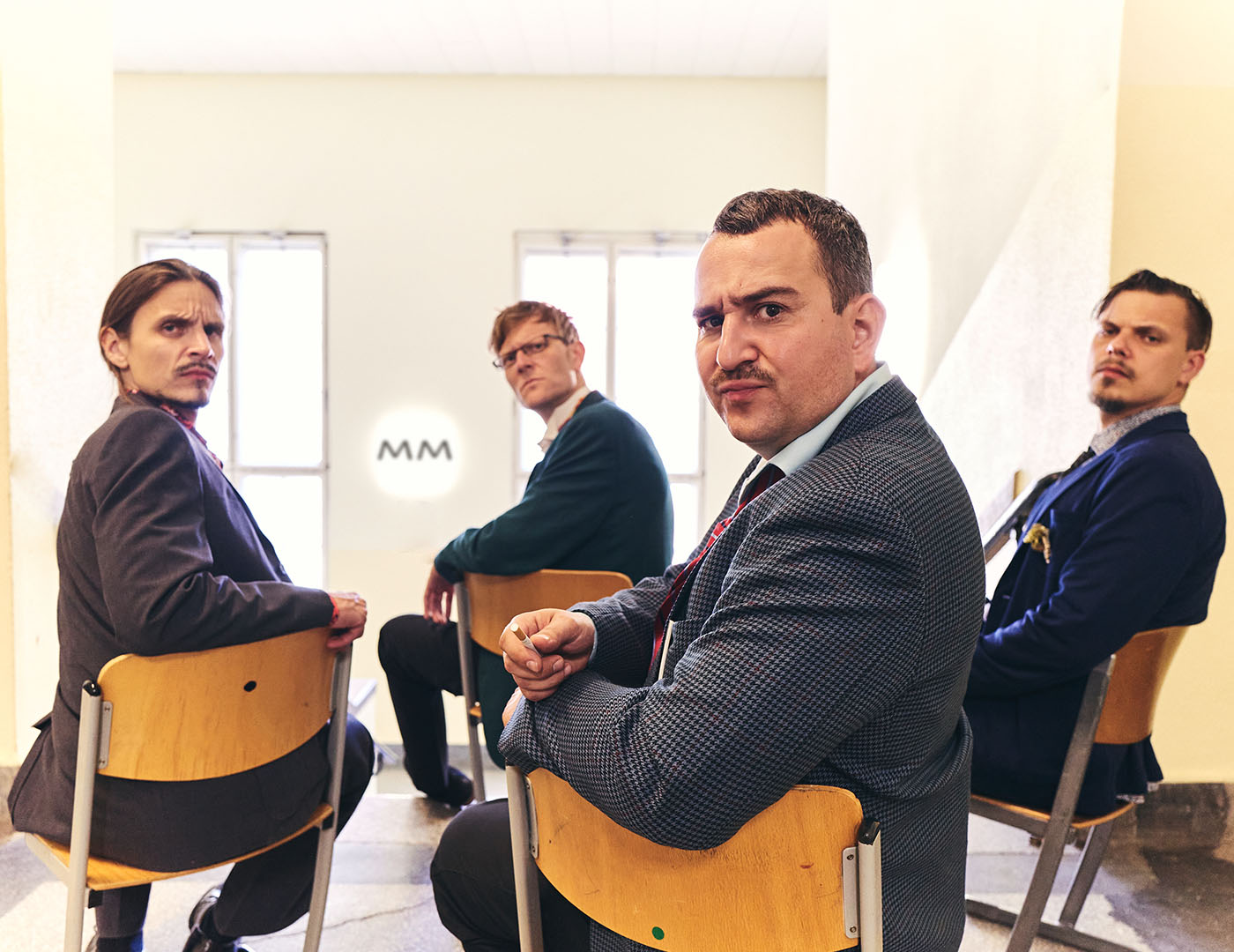 A decided Chick Corea/Return To Forever/Elektric Band influence can be felt in Meinhart’s searing synth solo on the unrelentingly driving fusion number “Remi Problemi,” while his intricate use of vibes and marimba on “The Other Side” may recall Ruth Underwood’s work with Frank Zappa on their classic ‘70s recordings. “Zappa is definitely a huge influence on Felix and Raphael,” said Stieger.
“One of Felix’ biggest heroes is Vinnie Colaiuta, who played in Zappa’s band, and he is a big fan of some of Zappa’s band members’ solo projects such as Steve Vai and George Duke. I guess we all love Zappa’s humor and his fearless approach. That is definitely something that resonates throughout our collaboration.” 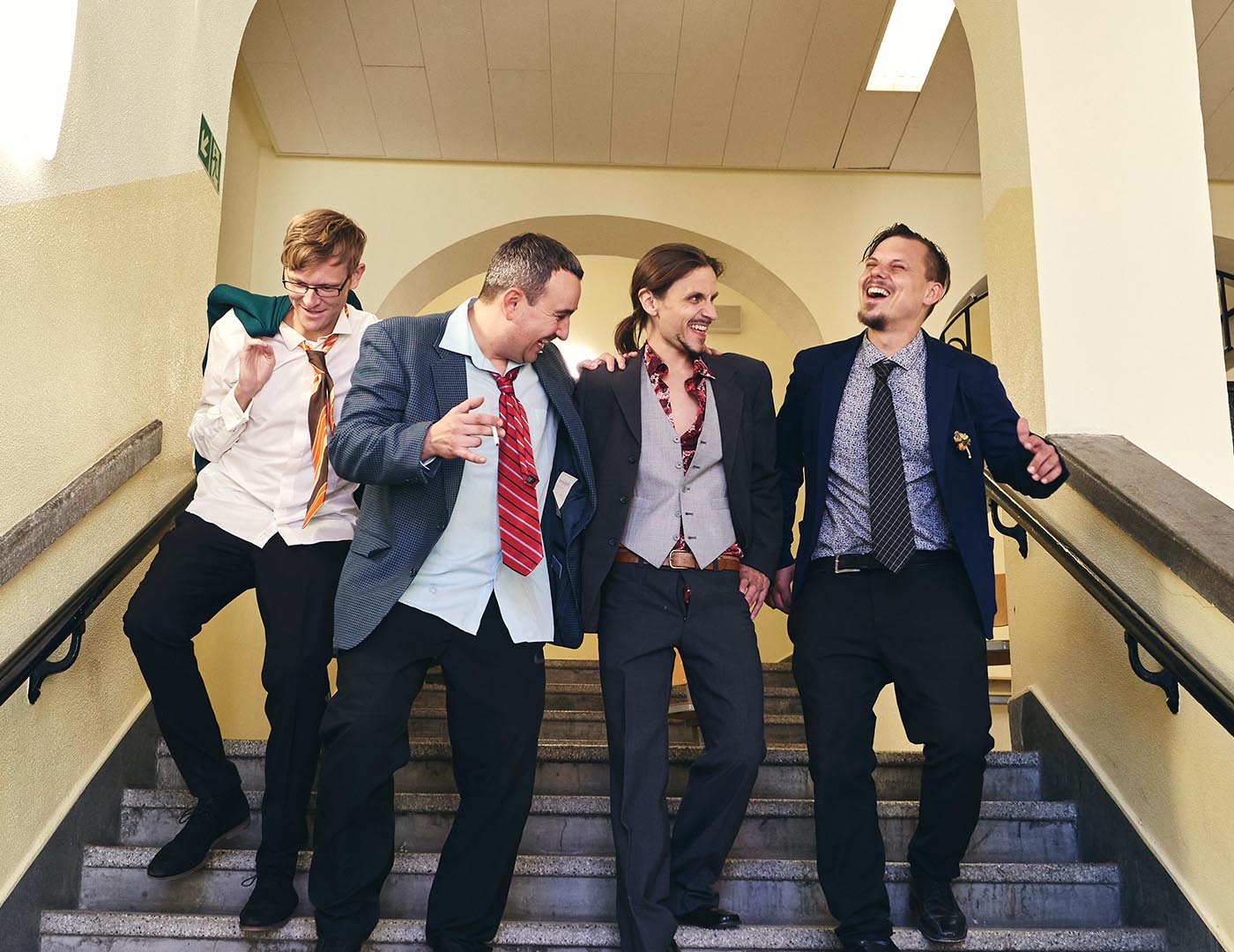 Guitar hero Kurt Rosenwinkel makes a guest appearance on the atmospheric “Flowers in Her Hair,” unleashing one of his signature legato solos. “Kurt lives in Berlin and we are super happy and honored to have him playing on this record,” said Stieger. “We’ve been circulating around each other for years and we thought he might be the perfect soloist for this song.”

Another guest, harmonica ace René Decker, makes a poignant guest appearance on the dirge-like “Changes,” which is underscored by Mäkelä’s eerie volume swells and Lehrmann’s funereal cadence. “That tune was inspired by Charlie Haden’s ‘Silence,’” explained “Stieger. “I wanted to create that mood, a lot of space, a simple melody and some kind of logical voice-leading, all of which still creates a rather tricky structure to solo over but always feels good.” 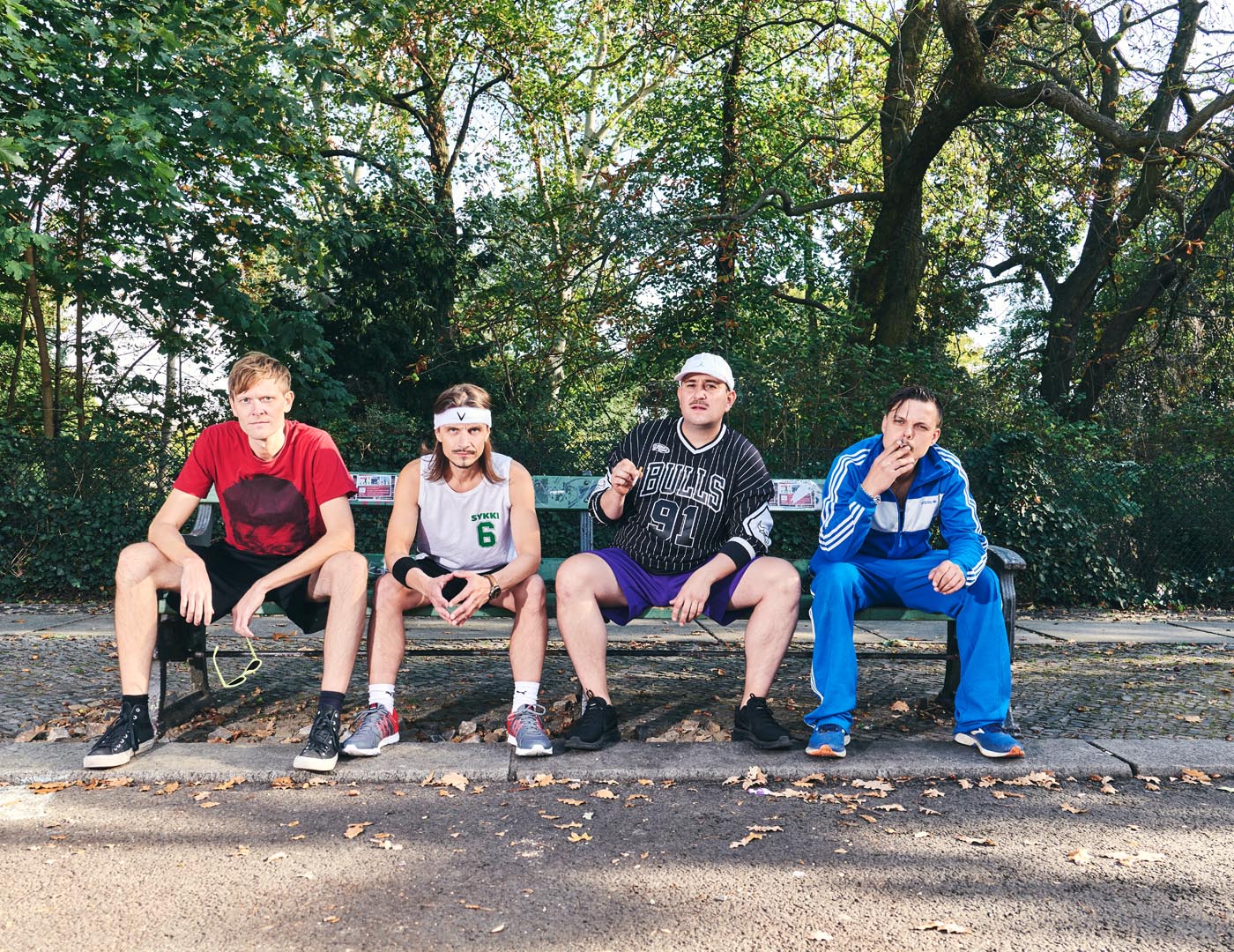 Meinhart’s minimalist marimba patterns on “Betelgeuse” provide a hypnotic undercurrent for solos by trumpeter Julian Wasserfuhr and pianist Roman Wasserfuhr, then Mäkelä pulls out his impressive fingerstyle chops and nasty sweep picking on the raucous “Forced to Be Happy.” “Turned,” a surging vehicle for Meinhart’s melodic vibraphone work, also showcases his considerable chops on a stellar vibes solo. Mäkelä adds a clean-toned, jazzy guitar solo over Lehrmann’s insistent backbeat on this forceful number.

Trombonist Andrej Ugoljew adds to the vibe of the flamenco flavored, palmas-infused “Lizzard Party — Underdog Version,” which features stellar solos from bassist Stieger, marimbist Meinhart and guitarist Mäkelä. “Sweet Rain” carries a kind of prog rock vibe with some distortion-laced guitar work by Mäkelä. Picture Peter Gabriel meets Al Di Meola. And the heavy duty “Since,” based on a line somewhat reminiscent of John Coltrane’s “Miles Mode,” is easily the loosest, jazziest offering on the album, fueled by Stieger’s Jacoesque walking fretless bass lines and buoyed by a show-stopping Hammond B-3 organ solo from Simon Oslender and swinging solos from Meinhart and Mäkelä. 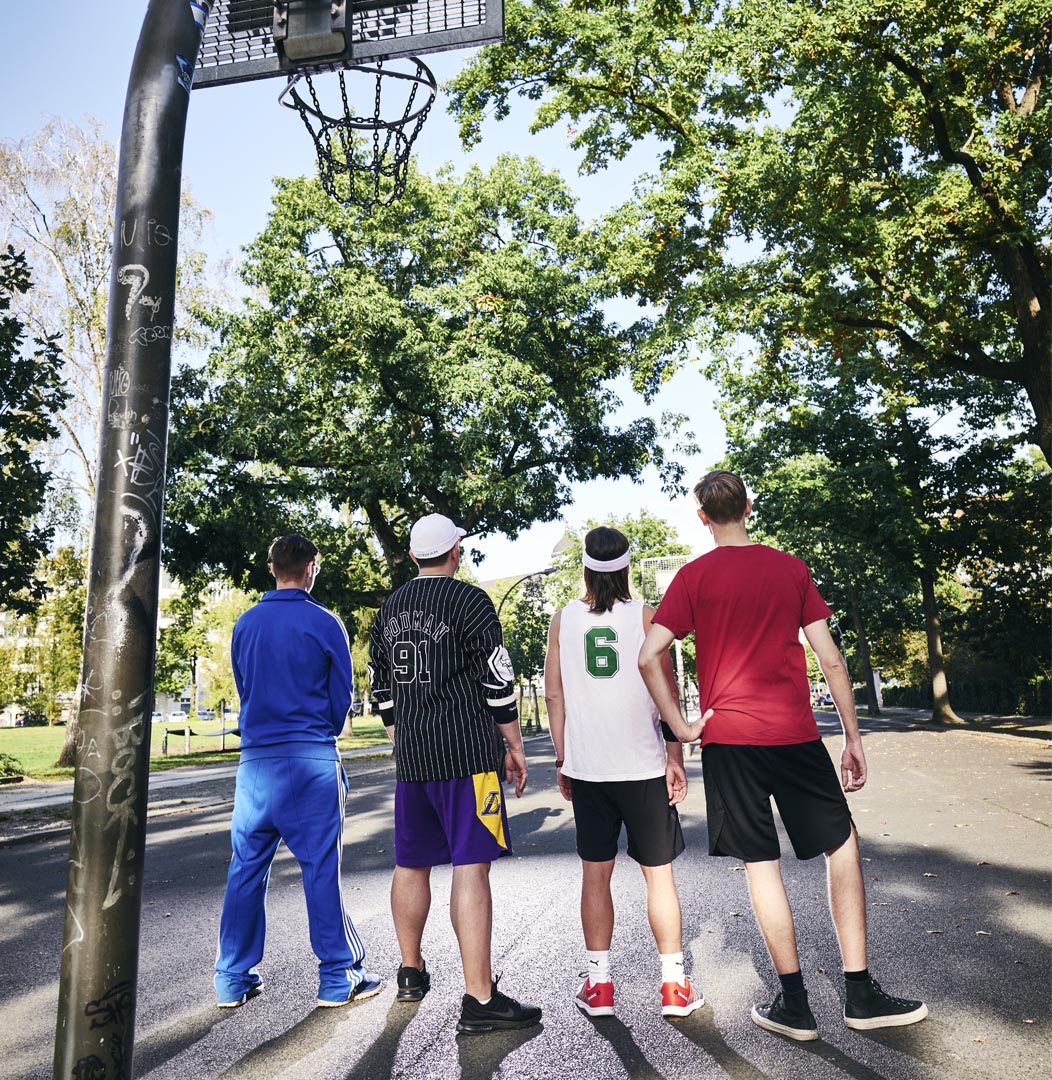 The Zawinul flavored “Saunasolmu” is a frantic runaway jam with everyone’s foot on the gas pedal. Meinhart turns in a stunning vibes solo and adds some stirring vocoder statements in tribute to the maestro.

The album closes on an uplifting note with “The End Is Gear,” a lyrical offering with Mäkelä’s guitar layered on top of Meinhart’s mesmerizing marimba patterns. The band maintains that ‘in the moment’ element with four wide open improv jam interludes dubbed “Unidentified Man,” each interspersed throughout the album.

As for the band name, Stieger reveals, “It was Felix’ idea. It is an inside joke within the band and also even though only one of us is married, we thought it suits us very well — four handsome guys. Just like the name Weather Report is a bit unusual, we think Marriage Material is one to remember.”

And the potent music they play together is unforgettable.

Formed by Lehrmann and Stieger, longtime colleagues from the Berlin studio session scene, they invited fellow Berliners and ubiquitous session players Meinhart and Mäkelä to join in on this hot cauldron of high-energy music. As Lehrmann explained, “Arto is originally from Tampere, Finland and moved to Germany to study with Werner Neumann in Leipzig in 2009. He has been a long-time colleague for both of us and we worked a lot together as sidemen and in studio settings, and we always felt a strong connection in our interplay, whatever style or groove we played.”

Lehrmann and Stieger also appear on Mäkelä’s upcoming trio album. Meinhart, originally from Graz, Austria, moved to Berlin to study with renowned vibraphonist-marimbost-composer and jazz educator David Friedman. “I got to know Raphael during my studies at the Jazz-Institute Berlin,” Stieger recalled, “and we played quite a lot together back then. After we finished our studies we still played together a little here and there. Then Felix and Raphael met at a percussion camp in Graz, Austria, where Felix gave a masterclass. And they immediately got along with each other. In 2019 we decided to book a first studio date and we came up with some first ideas as a trio before inviting Arto to the scenery. And the band was formed.” 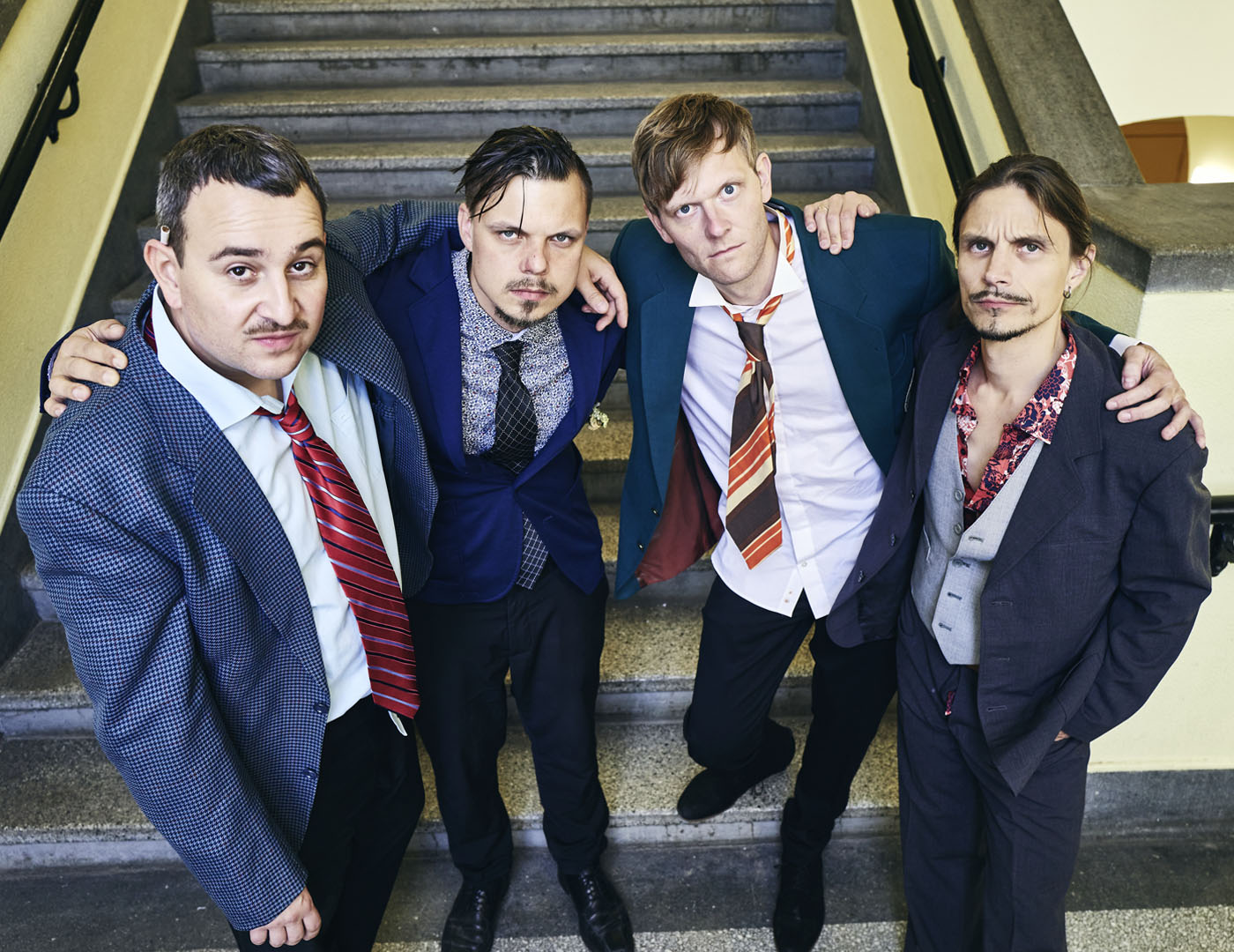 After having graced countless albums and touring as sideman with various artists, the four like-minded musicians bonded over their love of intense, virtuosic instrumental music, whether the inspiration was coming from Weather Report, Joe Zawinul’s Syndicate, Tribal Tech, Frank Zappa, Allan Holdsworth, Jaco Pastorius or the late, great Chick Corea. And they decided they had something unique to bring to the table. “This is our first original project for which we write original music together and work on our own ideas,” said Stieger. “We just thought that it is about time to do something creative and to speak in our own ‘tongue’ after having worked for so many artists over the years. And while Felix was the initiator and motor of this project and he and I both conducted the production, it became a rather democratic structure during the process of recording and producing this album. To say it simply, it is pretty much everything we love thrown into a pot and being put together to prepare a nice Gulasch.”

Added Lehrmann, “Weather Report’s and Joe Zawinul’s music are definitely strong influences of ours. Their approach to writing strong songs and presenting them in such a masterful and virtuosic way, both from a playing and a production perspective, is definitely something we all aim for. Moreover, they did something that was completely original and unheard of before, and they created a unique band sound which we also wanted to do; something that is special just by the choice of sounds and the combination of all of our different playing styles. The use of synths and electronic production techniques is also something they really pushed forward, and something we admired.” 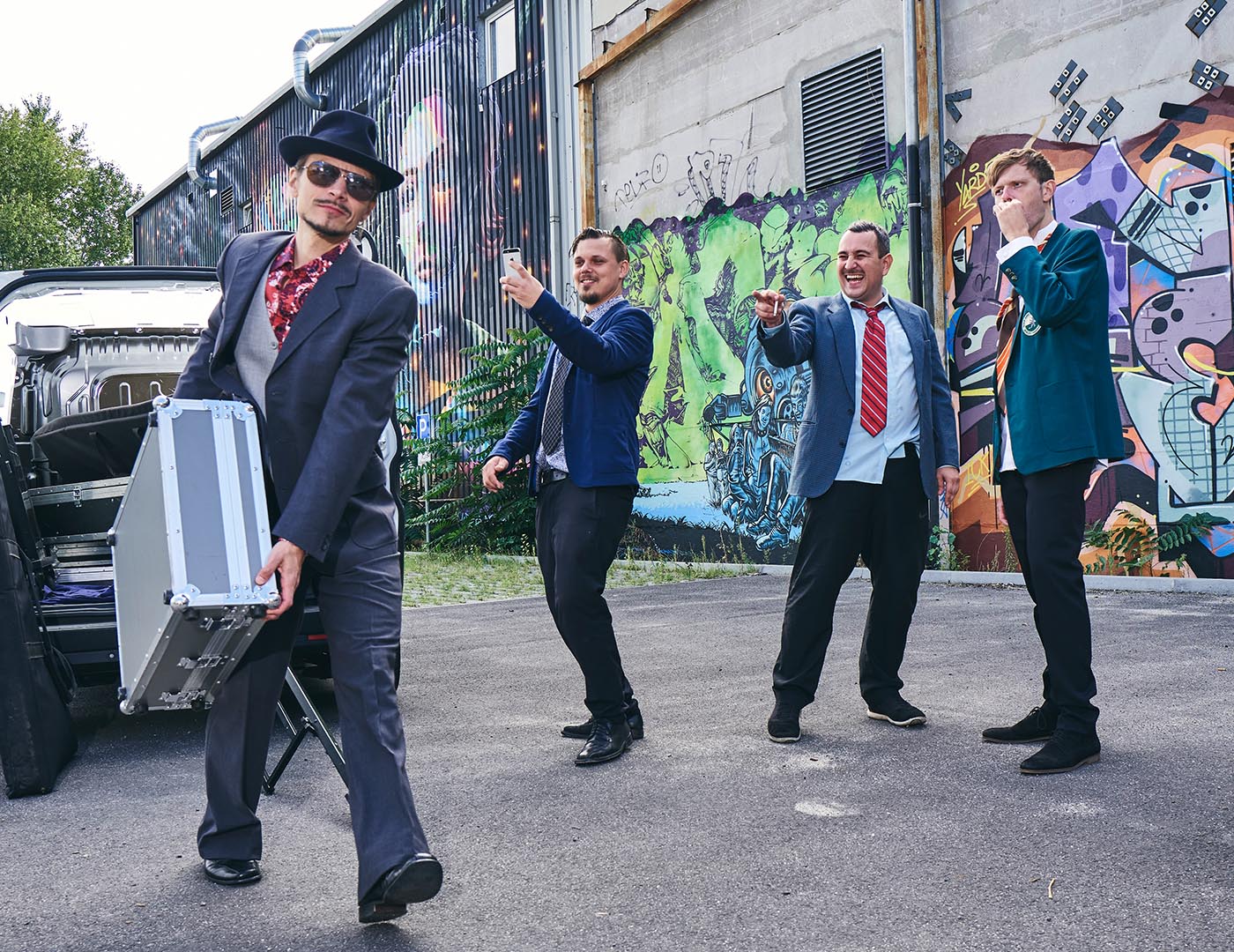